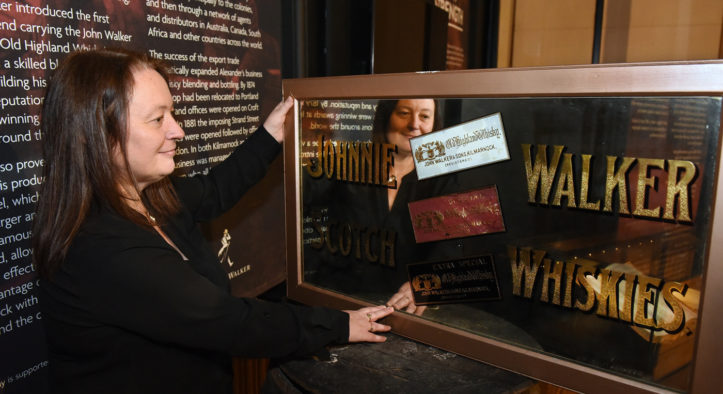 Blended Scotch Johnnie Walker has partnered with the Dick Institute museum in Scotland to showcase some of the brand’s historical artefacts to the public for the first time.

Items will include the 1819 hand-written inventory from the sale of Todriggs Farm near Kilmarnoch, which is the oldest item in the Johnnie Walker Archive collection. It records the sale of the farm after the death of John Walker’s father, which funded the founding of his grocery store.

A hand-written inventory from John Walker’s grocery store, which dates back to 1825, will also be on display. It is the oldest existing record from the shop and details stock such as teas from China, spices from Jamaica and Scotch.

Furthermore, a John Walker stock book from 1857 recording the growth of the business and how it increased its focus on whisky in the year of John’s death, which is when the business was handed down to his son, Alexander, will also be available to view.

Christine McCafferty, chief archivist at the Johnnie Walker Archive, said: “These items really are the crown jewels of our collection. They are remarkable historical documents that give us a fascinating insight into the roots of Johnnie Walker.

“I’m delighted that to celebrate the 200th anniversary of John Walker starting out in his business we are able to put these items on display to the public in the town where the story began.”

The Johnnie Walker exhibition will be a permanent feature at the Dick Institute, with artefacts rotated on a regular basis. The current loan items will be on display at the museum until October 2020.