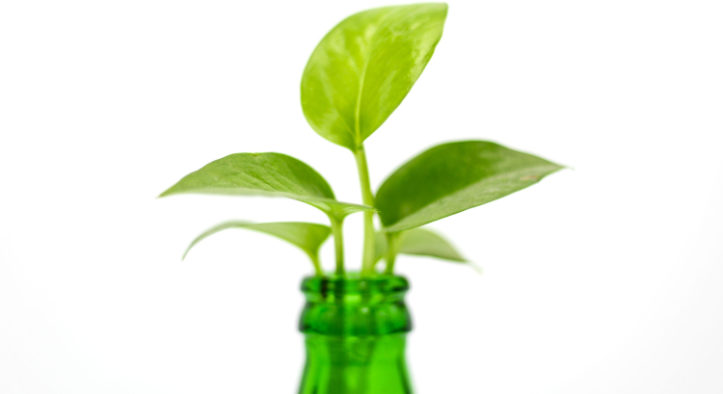 Article by Commodity.com for Spirits Navigator

Across the globe, several spirit brands have begun to recognize the importance of being conscious of the environment and their roles in helping the planet maintain a sustainable future.

Whether they’re taking part in fair trade arrangements, cutting carbon dioxide output from operations, or changing to eco-friendly packaging, each improvement is one step closer to using resources productively differentiating their brand.

Before we look at some of the most interesting examples, let’s consider the current context.

This year has been one marked by uncertainty and surprises. COVID-19 unleashed market volatility leading to spectacular gains and losses. Meanwhile, because the global retail channel accounts for more than 75% of beverage alcohol sales, double-digit declines were forecasted for 2020.

Now the IWSR reports that beverage alcohol is performing better this year than expected: instead of a double-digit decline, an 8% decline in focus countries is projected. In China, home to 400 million millennials, consumption is forecasted to recover by 2021. US and Canadian whiskey are expected to post gains this year, notwithstanding trade tariffs between the US and the EU.

Interestingly, the IWSR also reports that “Alcohol consumption growth has been broad-based, though millennials and Gen X appear to be the most enthusiastic drivers of the increase.” During the pandemic, the latter have been “enjoying low-key activities, such as food and drink experimentation.”

“brands should focus their messaging and strategies to target the LDA population that has adapted more easily to life amid Covid-19 restrictions.”

In this environment it will be interesting to see if an emphasis on sustainability boosts the brands listed below.

Headquartered in England, Diageo is the producer of popular spirit brands Johnnie Walker, Capt. Morgan, Crown Royal and Smirnoff. Having this multinational beverage company get involved in taking care of the ecosystem can help make a significant impact. Early in 2020, the company announced plans to create a 100 percent plastic-free spirits bottle produced from sustainably sourced wood. Plans have been made to debut this new eco-friendly container in 2021 with Johnnie Walker.

Decreasing the amount of greenhouse gas into the atmosphere has also been a top priority with Diageo, reducing significant emissions from its operations in the past decade.

Increasing efforts for fair trade results in local sustainability, better prices and decent conditions for workers in developing countries who are part of the spirits making process. FAIR., an ethical wine and spirits maker in France, has taken on the role of becoming the world’s first Fairtrade certified spirits brand.

Sourcing arabica from Mexico or juniper berries from Uzbekistan means they must follow close to 200 rules to make sure each farmer is receiving a fair price. Doing so allows each ingredient producer to make a living from farming, build their communities and cover their production costs, creating a win-win situation for both parties.

Famous for its smooth-tasting tequila, Patrón, is another spirits label devoted to sustaining the resources used for its production process. The company has ramped up its water treatment system in recent years to take advantage of modern technology. Collecting water from their production process allows the spirits maker to use it for cleaning and cooling.

Reducing the carbon footprint for the energy required to facilitate the company’s operations has also been addressed. Patrón implemented a pipeline sending natural gas to its production facility. Other notable impacts made by the company include the replanting of 3,000 trees near its plant and its continued collection of agave fiber waste from its distillery to make fertilizer compost.

Located in England, this spirits maker is centered near the village of Ramsbury and has taken significant measures to become more eco-friendly.

The first way they met the goal of reducing their carbon footprint is by powering their distillery with heat from a biomass boiler. Sustainably utilizing wood for operations helps make an impact, which can lead to a more eco-friendly environment.

Making the world a better place and providing a tasty vodka are two goals being met by Iceland-based Reyka. Creating its craft vodka by powering its production plant with natural geothermal energy has resulted in a significant reduction in its carbon footprint.

Reyka also takes pure water from the Arctic and uses it to produce its vodka in a single distillation round. Minimizing the distillation process in this way allows for the reduction of the amount of energy required to facilitate operations.

Australian-based Bass & Flinders is doing its part as well to become more eco-friendly with its production process. Using the surplus of produce from local organic farmers in its operations helps reduce waste.

The company is also sourcing ingredients from the Woolen Station with permission from the Department of Parks and Wildlife. Reducing waste has been more efficient for the company after building a specific system and combining it with an environmental management strategy.

On the Right Path

It’s a given that people will still enjoy consuming smooth, great-tasting vodka, rum and other spirits from around the world down the road.

Taking care of the environment and maintaining best practices during production, should help ensure that these companies and others can create the products many of us have grown to love.

Best of the week
The new design of Nemiroff Vodka bottles presented
Glam rock legends introduce own Kiss Black Diamond Rum
What does an e-tasting involve and what’s it like?
Виски защищают от онкологии – утверждают израильские ученые
Pierce Brosnan became the face of Don Ramón
‘PERFECT’ £8M WHISKY COLLECTION TO BE AUCTIONED NEXT YEAR
105-LITRE BOTTLE OF WHISKY EXPECTED TO SELL FOR £15K
€300,000 Dartz-Modified Hummer H2 Has A Biometric Gun Safe
One of the largest collections of American whiskey for sale – Pat’s Whisky Collection
WORLD’S FIRST LIVE ONLINE CASK WHISKY AUCTION LAUNCH NEXT MONTH
Be the first to know about new articles,
news and festivals