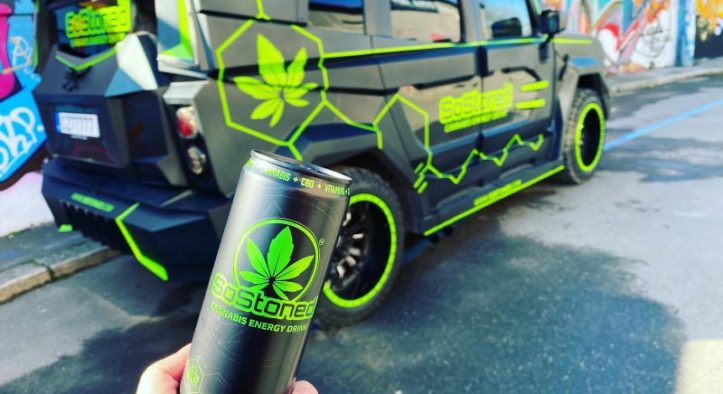 There are few car manufacturers on earth quite as strange as Dartz.

The Latvian company has been building a host of bizarre SUV more akin to road-going tanks for a number of years now and in November, unveiled its latest project dubbed the Black Stallion. This Hummer H2-based creation is such an oddball that it’s being used to promote a cannabis energy drink. Only a car manufacturer like Dartz would think this is a good idea. 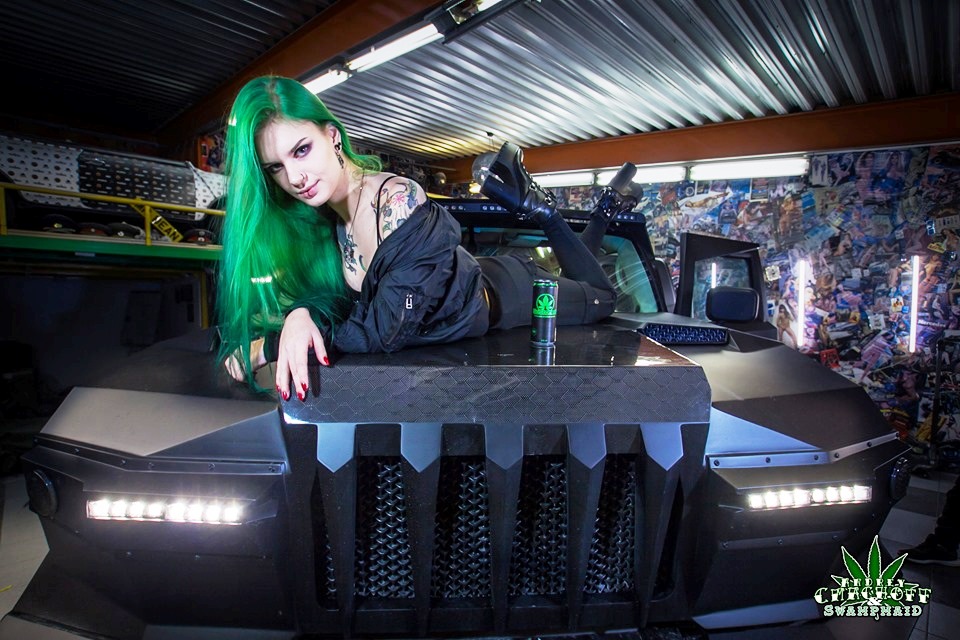 Videos shared online by the company show one of its Black Stallion’s adorned with bright green accents and branding for “So Stoned”, the cannabis energy drink in question. While it’s not unusual for energy drink companies to use vehicles to promote their products, it’s not often you see the actual car manufacturer freely publicizing such a drink, particularly one that includes CBD.

As far as we can tell, So Stoned comes out of the Czech Republic and appears to be quite a small player in the world of energy drinks. Evidently, the company decided to think outside the box for a promotional campaign and getting Dartz on board is certainly one way to do that – hey, we’re writing about it, so perhaps they’re onto to something.

While the Dartz Black Stallion is based on a Hummer H2, it looks totally distinct from the outside. That’s because it features bespoke bodywork made from Kevlar and carbon fiber. The first example built by Dartz was apparently made for an undisclosed movie but the company is thought to be considering offering the vehicle to customers. 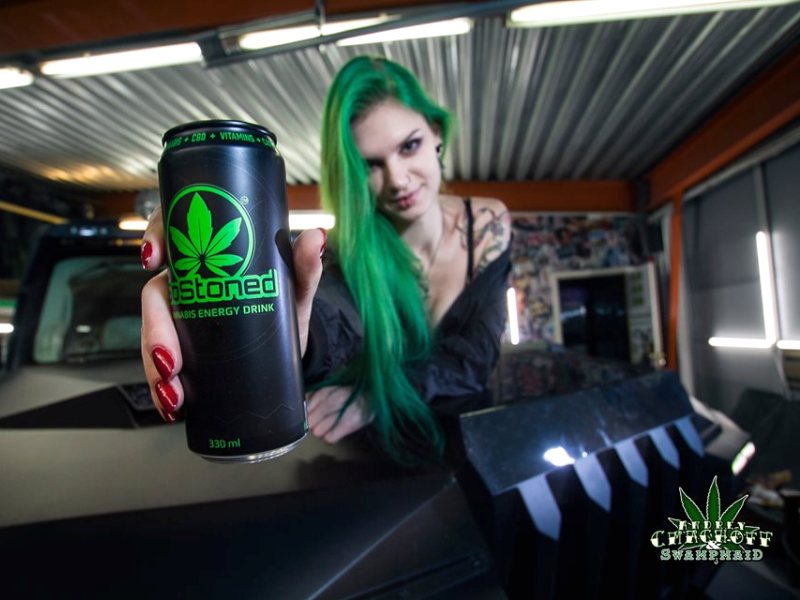 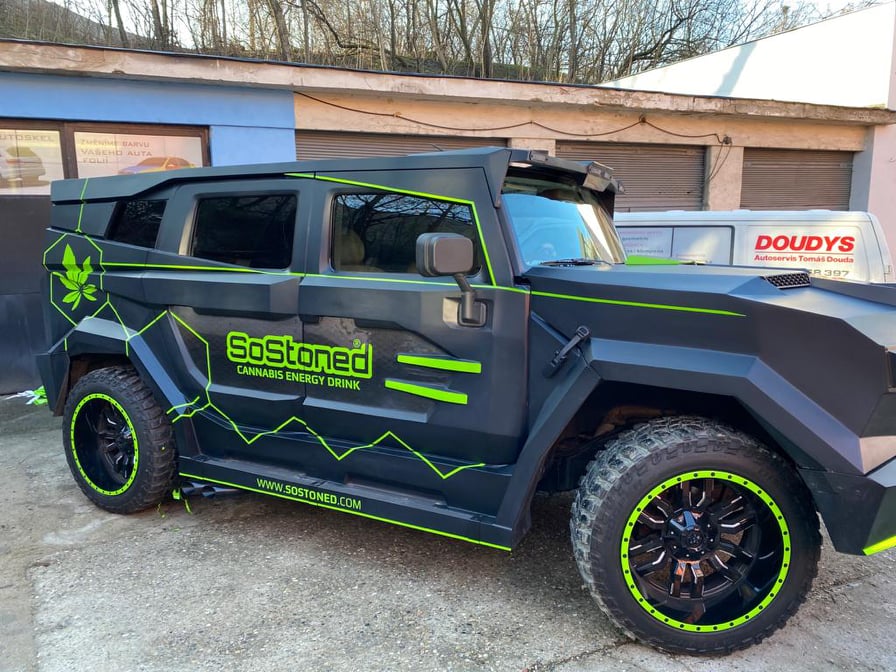 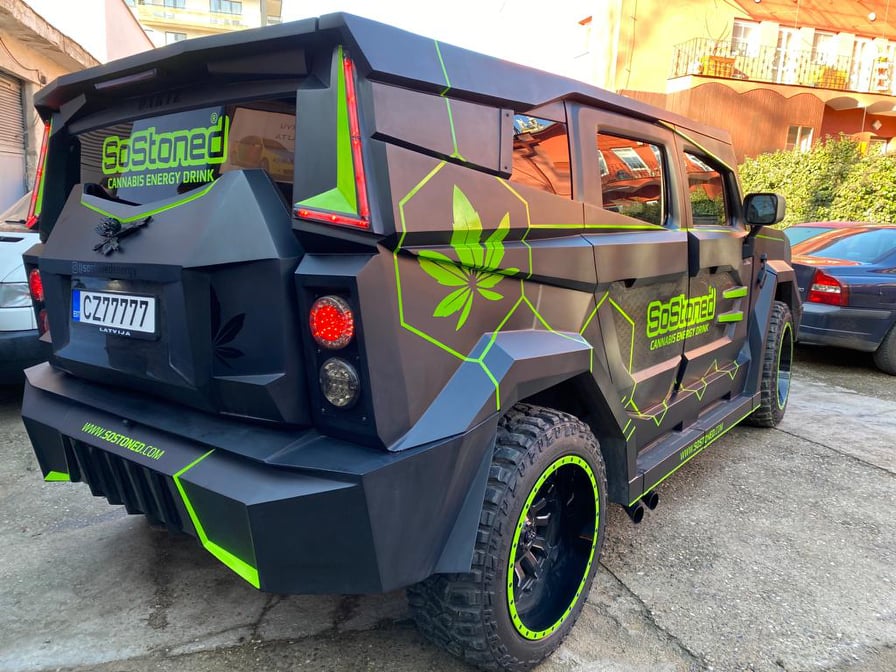 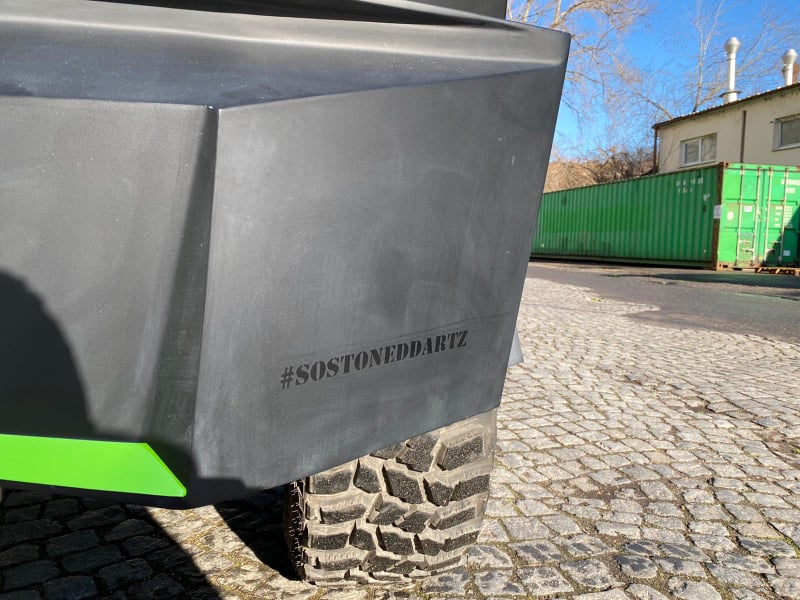