105-LITRE BOTTLE OF WHISKY EXPECTED TO SELL FOR £15K 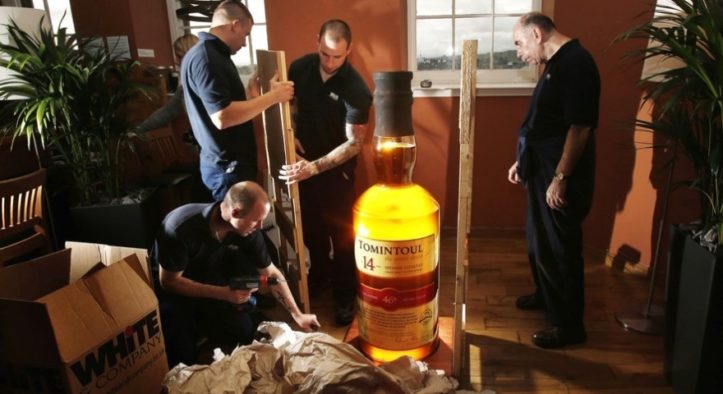 A 4ft 9ins tall, 105.3-litre bottle of Tomintoul whisky, believed to be among the world’s largest, is to be sold at auction and is expected to fetch more than £15,000.

Due to be sold by auctioneer Just Whisky, the bottle of 14-year-old Tomintoul, which contains 5.250 drams, is predicted to break a number of records.

Weighing in at over 180 kilos, the specially-commissioned bottle holds the equivalent of 150 standard 70cl bottles.

The bottle went on display at Scotch Whisky Experience in Edinburgh in 2012.

It is not the first time that it has been put up for sale.

Graham Crane, director and co-founder of Just Whisky, said: “Every now and then the opportunity to purchase a truly unique bottle of whisky occurs – this is one of those times.”

“We’re delighted to be auctioning this super-sized bottle this month and hope that the lucky buyer has either an appropriate-sized stocking for Christmas if it’s a gift, or is planning a memorable Hogmanay celebration to welcome in 2020. There has already been a lot of interest and we are looking forward to seeing the bids roll in.”

While the auctioneer is proclaiming the bottle to be the world’s largest, there is at least one that holds a greater quantity of Scotch.

Unveiled in 2012, Edrington-owned blended Scotch brand The Famous Grouse unveiled a 228-litre bottle. Standing at 5ft 5ins, the bottle holds the equivalent of 9,120 drams and took three hours to fill. Whiskey brand Jack Daniel’s has also made a 184-litre bottle of whiskey. 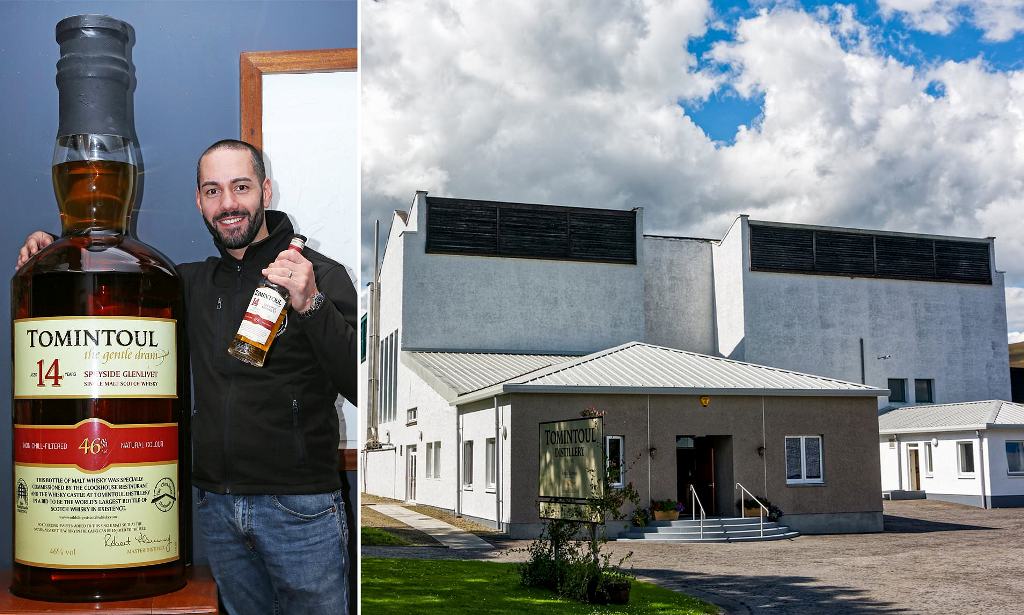